So, let me start from the beginning. This, was one of the very first circuits I ever made, back in 2006. As a properly 90's kid, I grew up with some really nice TV influences like MacGyver and Knight Rider, therefore, one of the first things I wanted to do when I started learning about electronics was the KITT voice box. 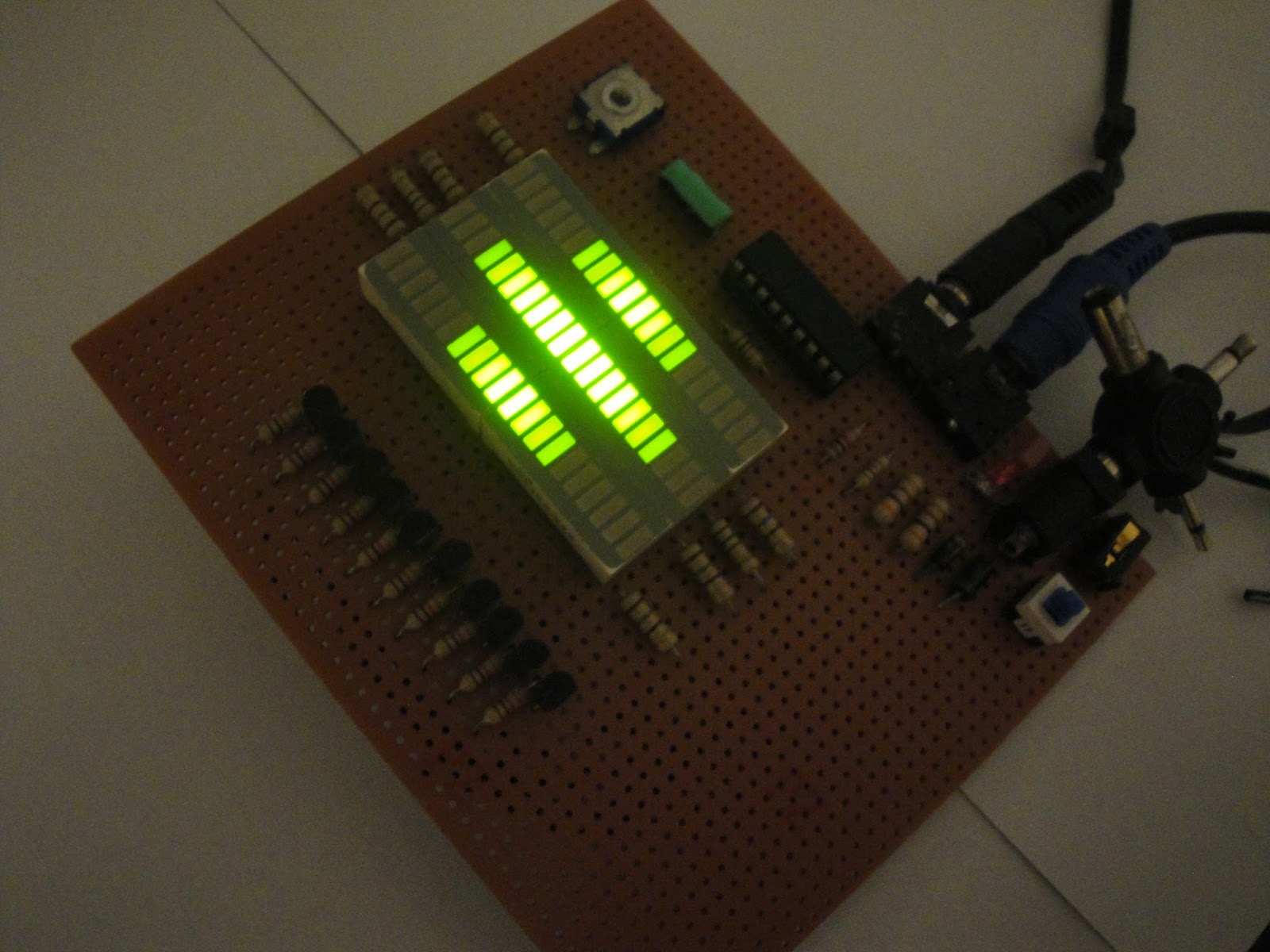 By this time, I didn't know much yet, I must mention that I didn't even know what a breadboard was. The only thing I did know, was a perfboard, so that's exactly what I used and I must say, it was a headache!

But first things first. I started by looking up online for some schematics, and to my surprise, there wasn't much choice, it was always the same that turned up, so I followed it. It was a simple VU meter circuit with a LM3915 display driver, 6 led bars, a voltage regulator, an audio transformer and a few resistors and pnp transistors. I went to an electronics shop to get the components and that's when the problems started but along came the solutions.

I took the schematic and showed it to the old man from the shop. He immediately said he didn't have an audio transformer, but he also said it would still work fine without one. Most importantly he noted that the transistors in the schematic were not correctly polarized, the collector and the emitter were switched. That was a great tip for someone like me, who was still a newbie in electronics. I would never had noticed it by that time.

As soon as I got home, I started designing the circuit on the prefboard and it was crazy. Such a complex circuit required many many connections here and there, it became a nightmare, but eventually I did managed it. When it was time to plug it in I was unsure about the LM3915 positioning. I didn't know about datasheets yet, so there was no way for me do check it properly, so I guessed, I had 50% chances of getting it right. Turns out I chose wrong, the chip was on the opposite position and it did get really hot really fast. I quickly turned it of and switched it upside down, then plugged it in again but it didn't work. The LM3915 was dead. I went back to the shop and bought another one. Then I plugged it in again and it lighted up nicely! 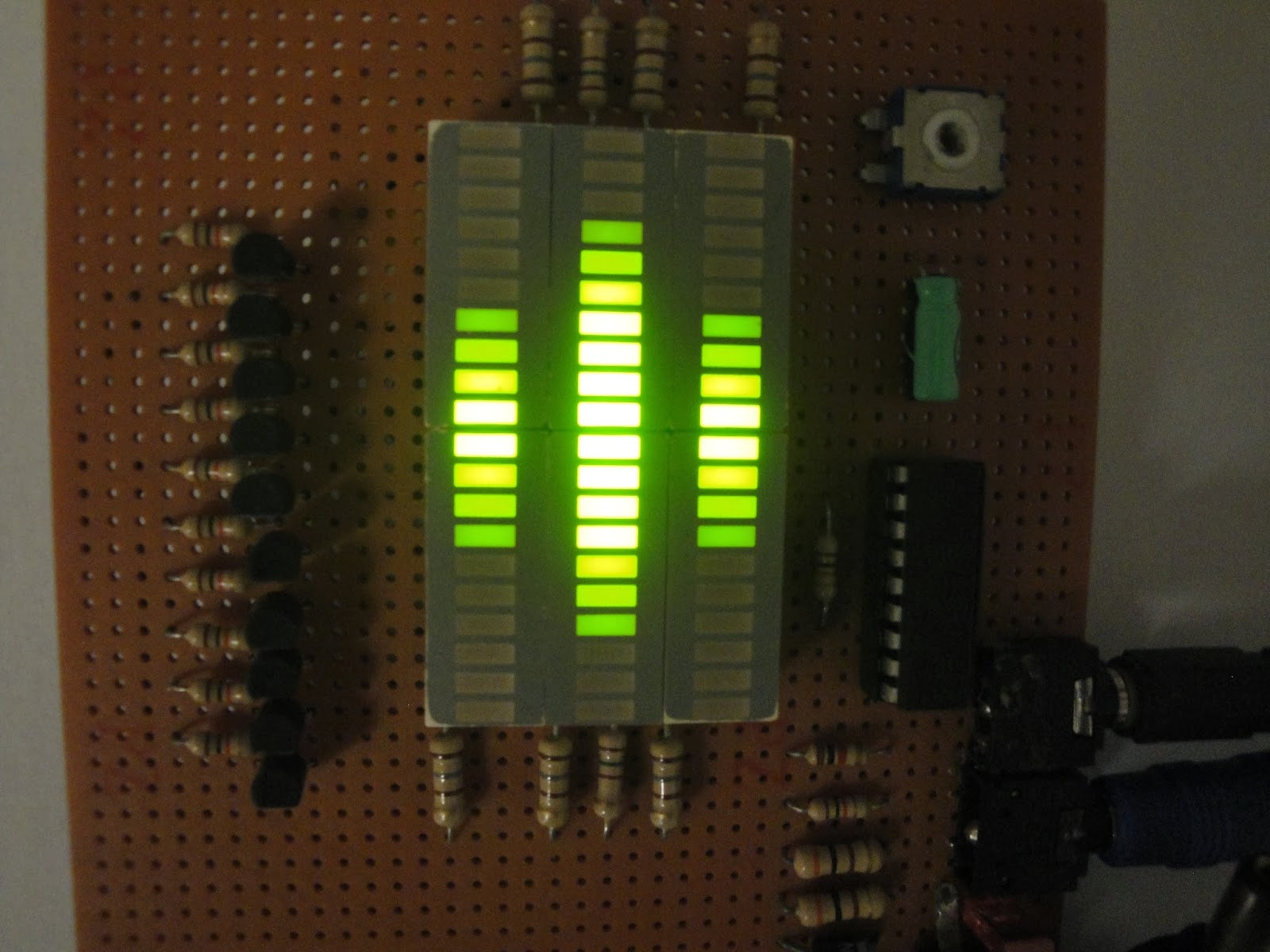 I did lots of tests with different songs and audio clips and it was pretty cool. But soon I started thinking about my own modifications to the circuit. One thing that bugged me was the audio input, if I plugged my computer to it, or a radio, it would work but I wouldn't listen to anything, so I thought I should add an audio output as well. Other thing it seemed nice, was a switch that would not just turn on and off the circuit, but also protect it against inverted polarities, because I didn't want to burn another chip, so I designed a switch/polarity inverter. I also added a red LED to warn me that the polarity was inverted and the circuit was turned off. Besides that, I noticed that the first LEDs to turn on were also much brighter than the other ones because they were less, so I decided to have a resistor just for them. Last thing I changed was the voltage regulator, since I was gonna have a steady 12V power supply, I wouldn't really need it, so I took it of.


My final schematic was the following: The polarity "inverter" idea came from something I had learn before. I found a switch with 6 pins, 2 independent but simultaneous commutators, with only one button. With this I could make my inverter. Then I would connect 2 diodes, each one in a different direction. The one in the right direction would power the circuit while the other would only connect to the LED and resistors. This way, only one is working at each time, according with the polarity given to the circuit.

The audio output was just a parallel connection with the input, it doesn't really matter which one is the input or output because they are the same. However, to connect a stereo input to this mono circuit you can do 2 things. Either you choose right or left, and just connect that one, which I think it's a poor solution, or you can connect them together through a 1k resistor in each side, which is the solution I adopted.

I also added a smaller DC input connector in parallel with the standard one, because I had an old Nokia cellphone charger for the car lighter, and I thought, since this is a circuit from a car, why not give it some mobility? So I opened the charger, removed the circuit and made a direct connection to allow the output of the charger to have the 12V straight from the car lighter. This way I can just plug this in on any car with a 12V battery. Although the voltage regulator might be needed for this case.

So here is the final result: 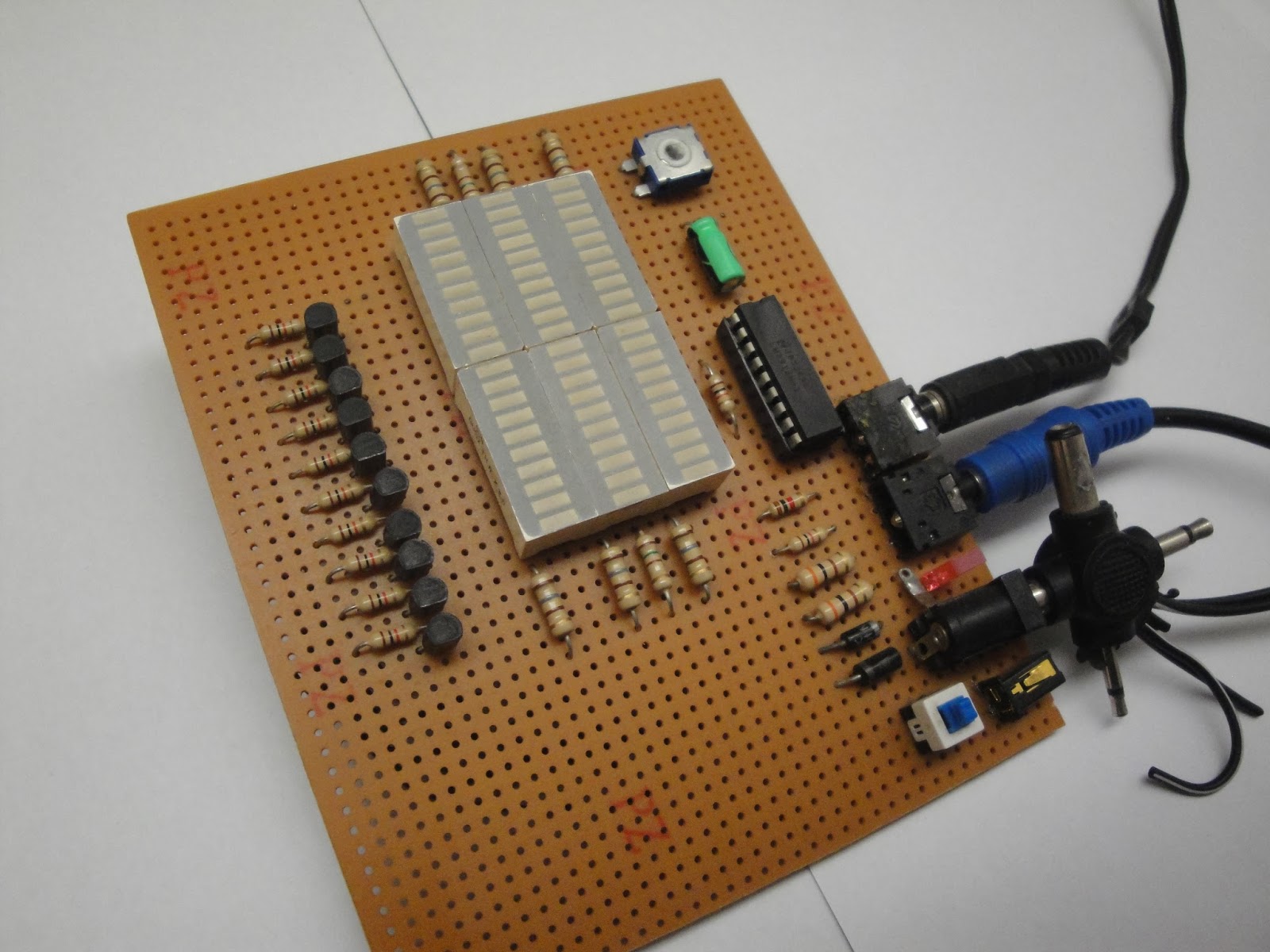 The black jack is the audio output to the speakers, the blue jack is the audio input from the computer, and the other one is the DC input plugged to a 12V power supply. Now the complete mess that was the backside of the board: 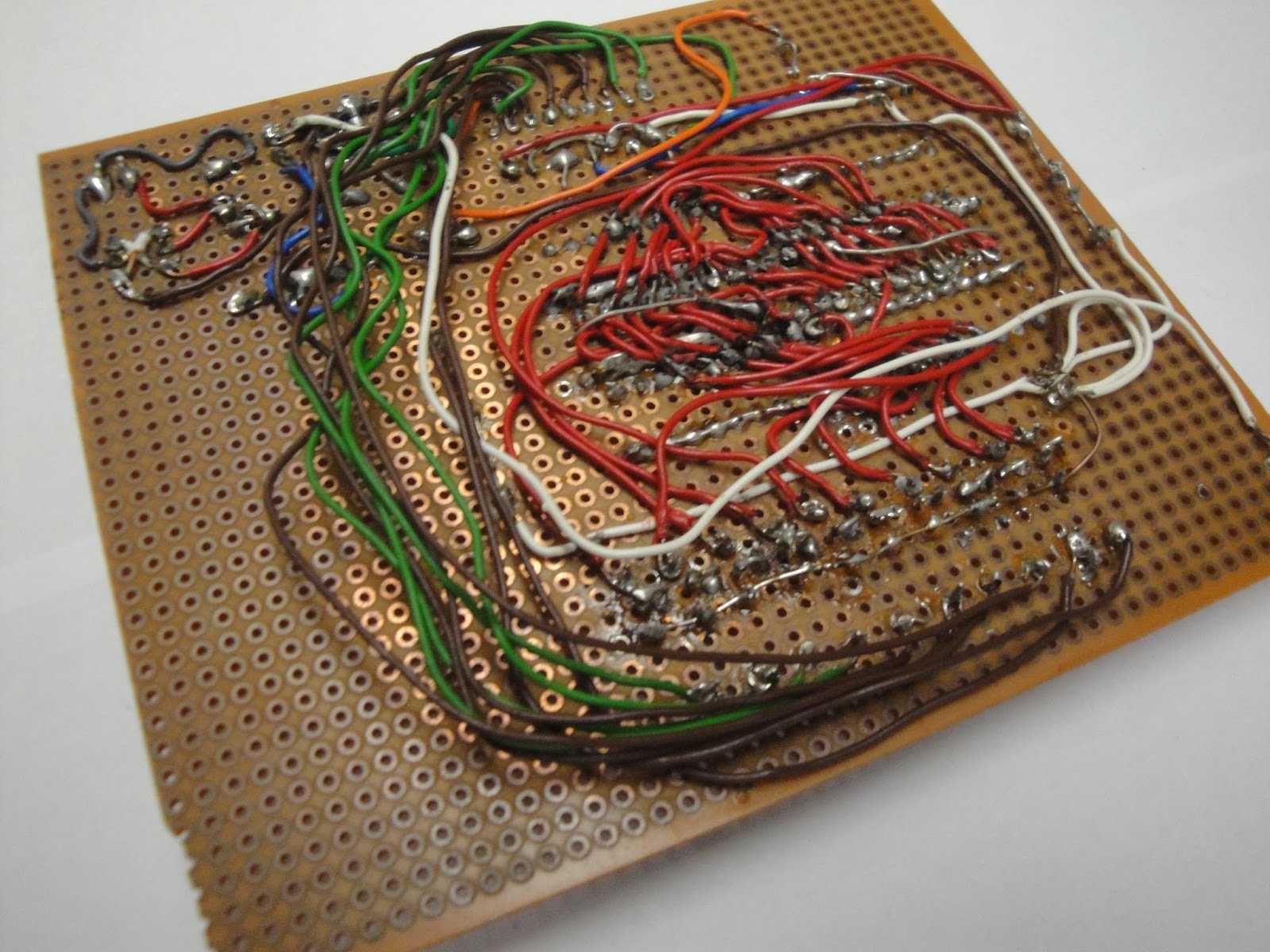 And to finish, here is a small demonstration of the circuit, I set it up with some audio clips from the TV series playing on the computer:

So yeah, if it was today I'd probably do a lot of things differently. I'd use a microcontroller instead of the LM3915, maybe adding different modes, like KARR's voice box for example, I'd make a custom PCB instead of using a perfboard, maybe the audio input would be a microphone instead of an audio jack and the circuit in general would be a bit different. But still, it was a lot of fun doing this project and I learned a lot thanks to it.